“Mor ho!” Collective is returning to the Red Gallery with its 3rd event which aims to showcase a selection from the contemporary Slovak electronic music scene. The night focuses on various corners of the scene – the echoes of global sound trajectories – and lays them equally with their UK counterparts. One corner presents a relationship with the visual, where sonic waves blend into lines of electrical tape.

The event is organized by “Mor ho!” Collective in cooperation with Atrakt Art and financial support of the Ministry of Culture of the Slovak Republic and support of Slovak Embassy in London. Helm is Luke Younger, a sound artist and experimental musician based in London, working with a vast array of revolving instrumentation and abstract sound sources. Younger’s compositions build a dense aural landscape which touches on aspects of musique concrete, uncomfortable sound poetry, industrial, and hallucinatory drones.To this date, he has produced three full length albums; debut To An End, self released on his own ALTERimprint in 2010. Its follow up Cryptography released a year later on Graham Lambkin’s acclaimed KYE label received enough acclaim within the underground to sell out its pressing and even made it into The Wire Magazines top 50 albums of 2011, with gigs alongside Mark McGuire, Oneohtrix Point Never and an extensive tour of Europe with Élg and Tomutonttu. For his third album, 2012’s Impossible Symmetry, Younger made the move to the PAN label which he currently calls home. Whilst primarily being an electronic record, it contains acoustic sound sources and incorporates a more extensive use of electronicelements with moments of rhythmic dark ambience recalling early Coil and Cabaret Voltaire, to Traversable Wormhole’s industrial minimalism.Younger creates a world where his instruments morph into spectral rust, a shimmering klang swims alongside passive noise and the relationship between acoustic and electronic derived sounds forms a solid foundation. Helm has just released the EP Silencer on PAN.

Ink Midget aka Adam Matej is a young electronic music producer from Bratislava. He spends most of his time blending early braindance influences with the hip-hop infected side of the contemporary bass music continuum. Incorporating juke rhythms and mutated hip hop beats (or so called trap) he is able to create synthetic compositions of very specific mood. Despite working within a rhythm palette of relatively strict borders, his solo debut ‘Re-Leave’ (2012) released on Exitab comes with a sound signature which was awarded the best Slovak electronic music of 2k12. Driven by an analogue hiss fetish, ecstatic synth motives, and a love for bass heavy breaks, his live-act pulses with both clubby and conceptual potential. His work does not adhere to any specific genre; subtle noisy effects, acoustic instruments and field-recording are all in keeping with his own sound.

By the end of the 1990s European techno had moved from the underground to the mass market and a certain blandness was setting in. Techno DJs and listeners were starting to search for more radical and intense sounds. It was just at this point that rumours began to emerge of a club in a nuclear bunker in Slovakia where they played some of the hardest and most industrial techno yet heard. The club was Bratislava’s U Club (now the Sub Club) and it would become the nucleus of a small but influential scene.Codex Europa’s Slovnaft Mix is a celebration of the energy and dynamism of the Slovak techno scene and an attempt to re-construct the legendary U Club atmosphere in London. The mix will showcase the work of Slovak producers such as DJ Boss, Olga + Jozef, Loktibrada, Rumenige and more, plus remixes from their international allies. 90 minutes of some of the most rigorous, mechanical, brutal and unrelenting techno ever produced… 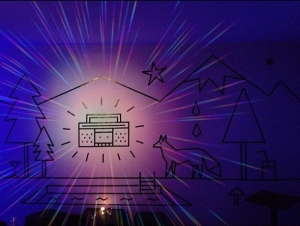 is a Slovak graphic designer‚ illustrator and VJ currently based in London. She designed all the “Mor ho!” Collective graphics and made live visuals to the Collective’s events. She loves electrical tape which she uses as a medium in her drawing technique. Using the tape, she creates captivating wall images revealing 3D illusions of space and drawings that have their own stories. Her taped wall images always start off a game with the audience that becomes involved in creating their meaning. Mikaela will create a site-specific artwork for the “Mor ho!” event.